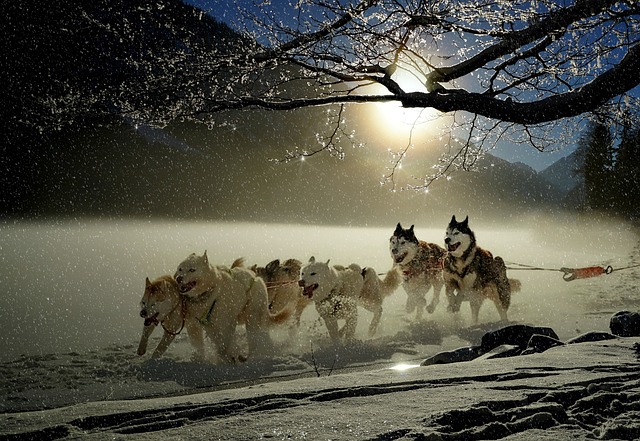 Winter can be a cozy time for curling up on the couch with a cup of hot chocolate and a good book. In contrast, a sled dog team, it is time to get out and go! When that weather turns cool, most people head inside to the comfort of a warm fireplace, but for sled dogs — and the people that work with them — the busy season has just begun. Along with the fun!

Mush, MushIn the land of flocked evergreens and sparkling white fields, you find a workhorse that thrives. Sled dogs work hard because they love what they do. Their natural instinct is to run long distances and pull heavy loads as part of a disciplined team. Even as puppies they begin running with the big dogs, learning commands, and obeying their commander known as a musher.

Where did we get the term “musher”? “Mush” comes from the French word marche which means to march. Mushers direct, command, and sometimes even run along with their dogs to lead the sled. Above all, he (or she) is responsible for the training a success of the whole team. 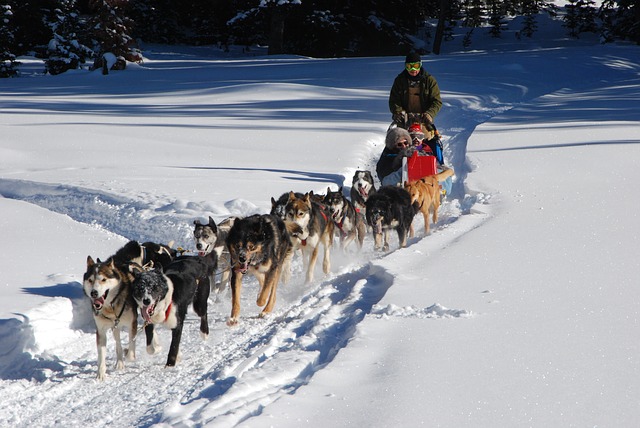 What Makes a Great Sled Dog?

It is commonly assumed the Siberian husky or the Alaskan malamute are the best breeds for sledding. However, the Alaskan husky is actually the most popular breed. It is especially known for its stamina and strength. A typical sled-dog weighs between 35–60 pounds, and can actually pull twice their weight or more.

Sled dogs are first superb athletes — muscular and lean with healthy eating habits. Their fur coat must consist of a thick undercoat for protection from the bitter elements.

Teams can consist of just 2 or 3 dogs for a small job or as many as sixteen. In addition, weight, fur, and ability to work well with other dogs factor into choosing a sled dog. All dogs must be able to follow commands.

Members of the Team

Typically, a load is pulled by sled dogs harnessed together to pull a load forming two parallel rows with the lead dog out front. Above all, this dog is chosen for his superior intelligence and keen sense of smell. The lead sets the pace and guides the team dogs through turns.

The majority of the dogs are  “team” dogs and are positioned in the center by their strength and power. In contrast,  the heel dogs are found directly in front of the musher and are attached to the sled. They are the strongest dogs in the pack as have the calmest temperament in stressful situations. Heel dogs run the smoothest, so they will not turn over the sled on tight turns accidentally.

Dog sled teams don’t just compete as a sport, they help carry people to remote areas that are not accessible by motorized vehicles. They deliver supplies and perform other tasks.

A very special relationship develops between a musher and his sled time involving trust, love, respect and understanding. In addition, it requires patience and unwavering trust, but the payoff is a magnificent demonstration of strength and teamwork.

On a practical note, sled dogs were vital in settling the Alaskan frontier. They were able to withstand the cold temperatures required to make the long trek across the open wilderness.

Early settlers report that hard working dogs pulled vehicles similar to kayaks with ski-like runners, to transport people and goods across the land. Dogs then were larger than the current dogs bred for racing and played a vital role in settling Alaska and the Yukon Territory. 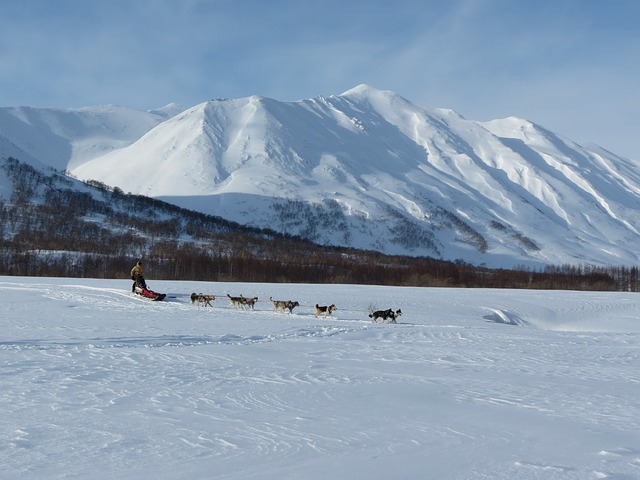