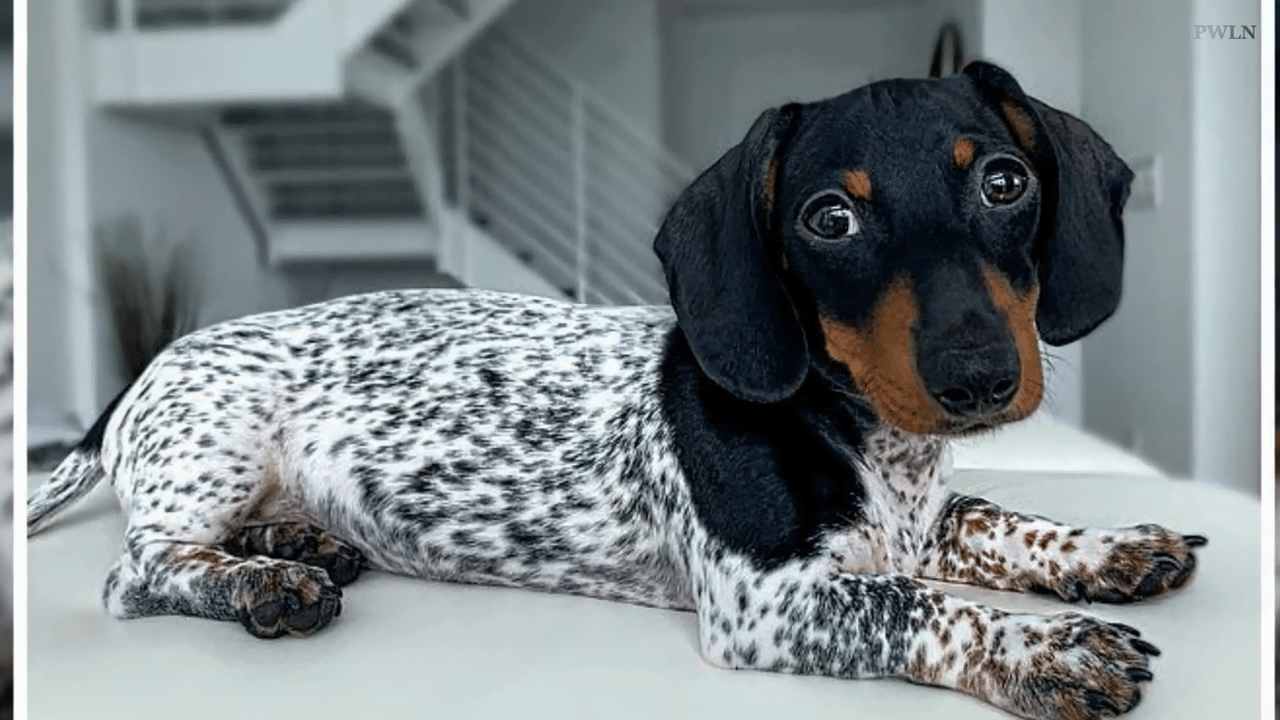 Most people are familiar with Merle dogs. These are pooches who have white fur splattered with varying shades of black, making them look like cookies and cream fluff. This kind of fur pigmentation is common for breeds like Australian Shepherds.

However, there is another type of pigmentation that rarely happens to dogs. This is called piebald pigmentation. When this happens, a pup with dark fur gets born having patterns of white or unpigmented spots. One Dachshund has been gaining attention online for having such fur pattern, making the pooch look like a cow in most of his body.

Victoria Hoffman’s Dachshund, Moo, has been grabbing the notice of people on social media as well as in his hometown Miami mainly because of his unique appearance. The seven-month-old puppy has a head that looks like all other black Dachshunds out there. However, this doggie’s coat is an entirely different story from the neck down. The rest of Moo’s body is a pattern of black and white spots.

The difference between his head and body is so much so that others often mistake the pup of wearing a costume or a Dalmatian-like outfit. The people who see the pup get even more surprised when they find out it’s his natural hair! The dog’s appearance is so eye-catching that they are often approached by people during their walks. They just can’t help but to meet the pup, ask questions about his coloring, and sometimes even snap a few photos.

Owner Victoria doesn’t seem to mind the attention at all, even sharing photos of Moo regularly on Instagram. In a recent interview about the pooch with Daily Mail, the doggie’s mom gushes about how much joy and light the dog has brought to her life. She also mentioned that the puppy’s one-of-a-kind appearance just matches his extraordinarily warm-hearted personality.