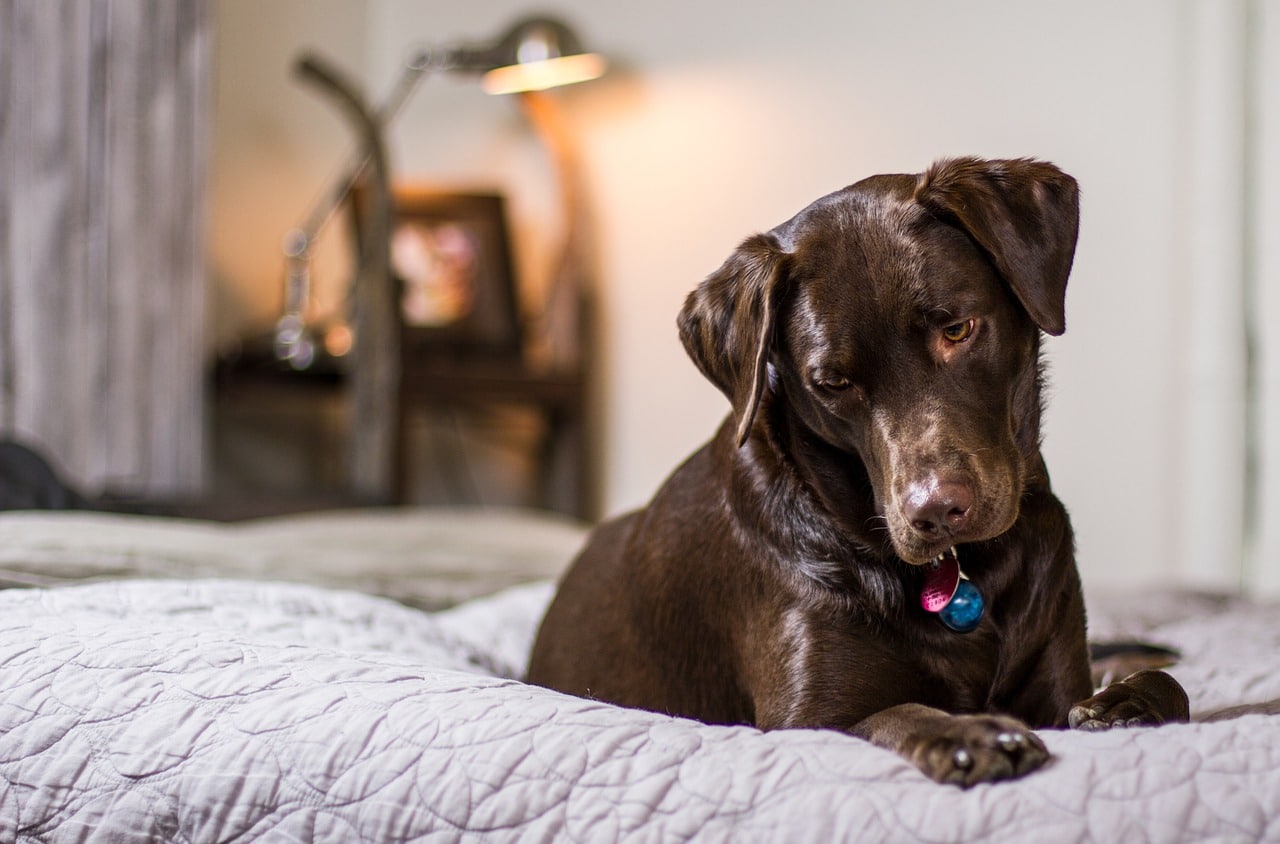 Earlier this month, Kira Wilson brought Laszlo, her much cherished French bulldog, to the vet. The pup needed to undergo some tests and surgery. Naturally, as a mom, Kira was worried about her fur baby. However, when she came home, she learned that there was someone who was more upset than her.

Kira has a rescue chocolate Lab named Hannah. She first brought her to their home near Dayton, Ohio, last month. Initially, Kira was worried that her two dogs, who have almost 100-pound size difference, would not get along. However, the moment Hannah and Laszlo met, Kira’s concerns went away.

The two dogs clicked right away. Hannah makes sure to play gently with Laszlo. She treats him like her own puppy. So, when Laszlo had to stay at the vet, Hannah sulked in their house.

Hannah started crying when she didn’t see Laszlo come home with Kira after they went to the vet. She laid down beside Laszlo’s crate and wouldn’t move. Hannah kept crying and looking at her best friend’s empty crate.

Kira tried to cheer Hannah up, but the pup was inconsolable. According to Kira, this was the first time that Hannah acted this way. Hannah cried herself to sleep, and it broke Kira’s heart to see her pup like this.

Soon, Kira received good news. Laszlo can already come home. Hannah was filled with excitement when her best friend arrived. Now, she wouldn’t let Laszlo out of her sight. Before she sleeps, Hannah would even check Laszlo’s crate to make sure he’s there.

Since Laszlo came home, Hannah has become extra gentle with him. She wouldn’t touch him and just chooses to let him be. Hannah seems to understand that her best friend is still recovering, so she makes sure to stay close without bothering him. Just like what Kira said, these two are definitely besties for life.