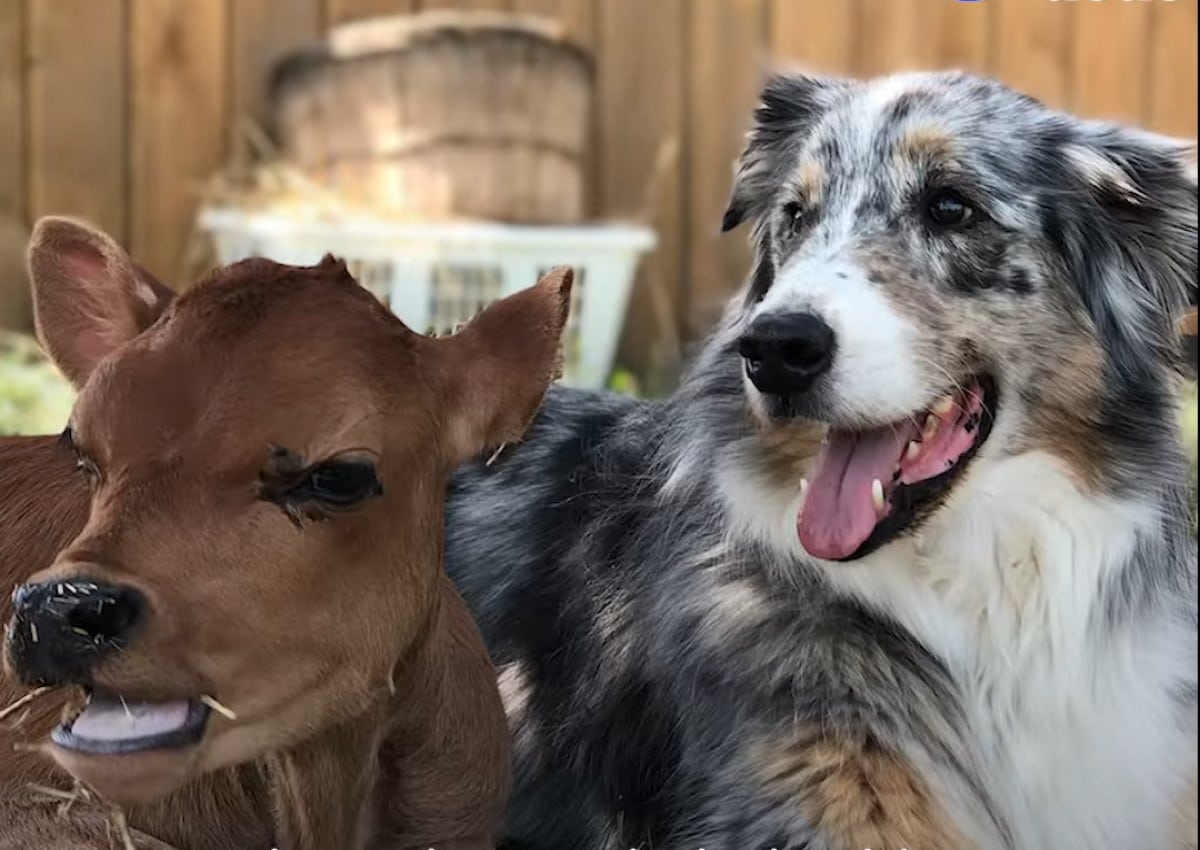 Calvin was so nervous when he was first rescued because he did not know anyone familiar. However, his new doggy brother knew just what to do to comfort him during the scariest time of Calvin’s life.

Calvin and Lincoln’s human parents, Megan Mostacci and Mike Peddle shared that Lincoln refused to let anyone near Calvin. Lincoln stood guard and did not want his parents to go near the fragile calf.

Calvin never knew his mother because he was immediately taken away from him as soon as he was born at a dairy farm. Calvin’s mother never had the chance to clean Calvin, and Calvin never had an opportunity to experience the love of his mother.

Fortunately, Megan and Mike were able to rescue Calvin and brought him to the Black Goat Farm and Sanctuary in Canada. The couple took a 3-hour long trip in the back of their pickup truck to save him from further harm.

Megan recalled that Calvin ran like a madman when he first took his first steps on the grass. Calvin looked so happy and excited because he was finally able to walk around in the fields.

Calvin met Lincoln on his first day at the farm, and they have been inseparable ever since. Megan believes that Lincoln somehow picked up the loneliness that Calvin felt because he immediately made sure that he is always there for him.

Megan shared how proud she is of Lincoln for having a maternal instinct despite being a male dog. He has been caring for baby animals his entire life, and he knows which babies that need his attention more.

Lincoln helped Calvin develop a trust for his new family, and the couple admitted that they would not be able to do gain Calvin’s trust without their dog’s assistance. Now, Calvin follows wherever Lincoln goes and is no longer afraid of his human parents because Lincoln reassured him that they are good people.