If you ask every dog parent on earth whether they see their pups as human, you would be answered with a resounding “yes” every time. Their dogs are their babies, and they are part of the family. However, no matter how much they believe in this, there are just some human aspects that just don’t apply to their dogs, like having an ID and being able to provide a signature.

However, in Sweden, a dog by the name of Chaya was able to provide these, sort of. The necessity arose when a package was sent to her, literally. Chaya’s mom, Marie, have friends outside of Sweden. They send each other packages from time to time, containing letters and gifts. 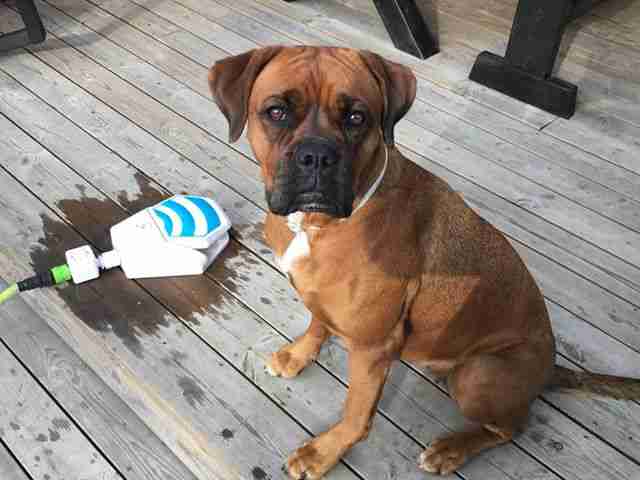 One day, Marie’s friends decided to send a package for Chaya; inside the package was a water fountain. But instead of sending it to Marie, her friends put Chaya as the recipient of the package, as a joke. It may seem funny to anyone with a sense of humor, but the post office was having none of it.

They demanded that Chaya provide an ID and a signature so that they will release the package. If these cannot be provided, then the package will remain with them indefinitely. It seemed that the post office wasn’t sold on Marie’s statements that Chaya is her dog and that she doesn’t have any ID, let alone the ability to provide a signature. 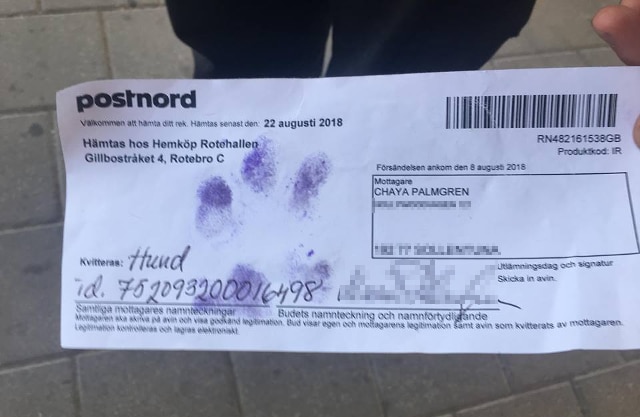 So in order to at least get them to believe that their demands were impossible, Marie went home and retrieved a document that certified her ownership of Chaya, the dog. When she went back to the post office, she showed them the document, and the post office staff became more lenient about their demands.

They treated the certificate as Chaya’s identification. However, there’s still a problem with the signature. So they asked Chaya to be brought to the post office, and they had her paw pressed against an ink pad, and then against the receipt form. Her pawprint served as her signature. The ordeal was over, and Chaya is now enjoying her gift from her mom’s friends, who will probably name Marie as the recipient next time.