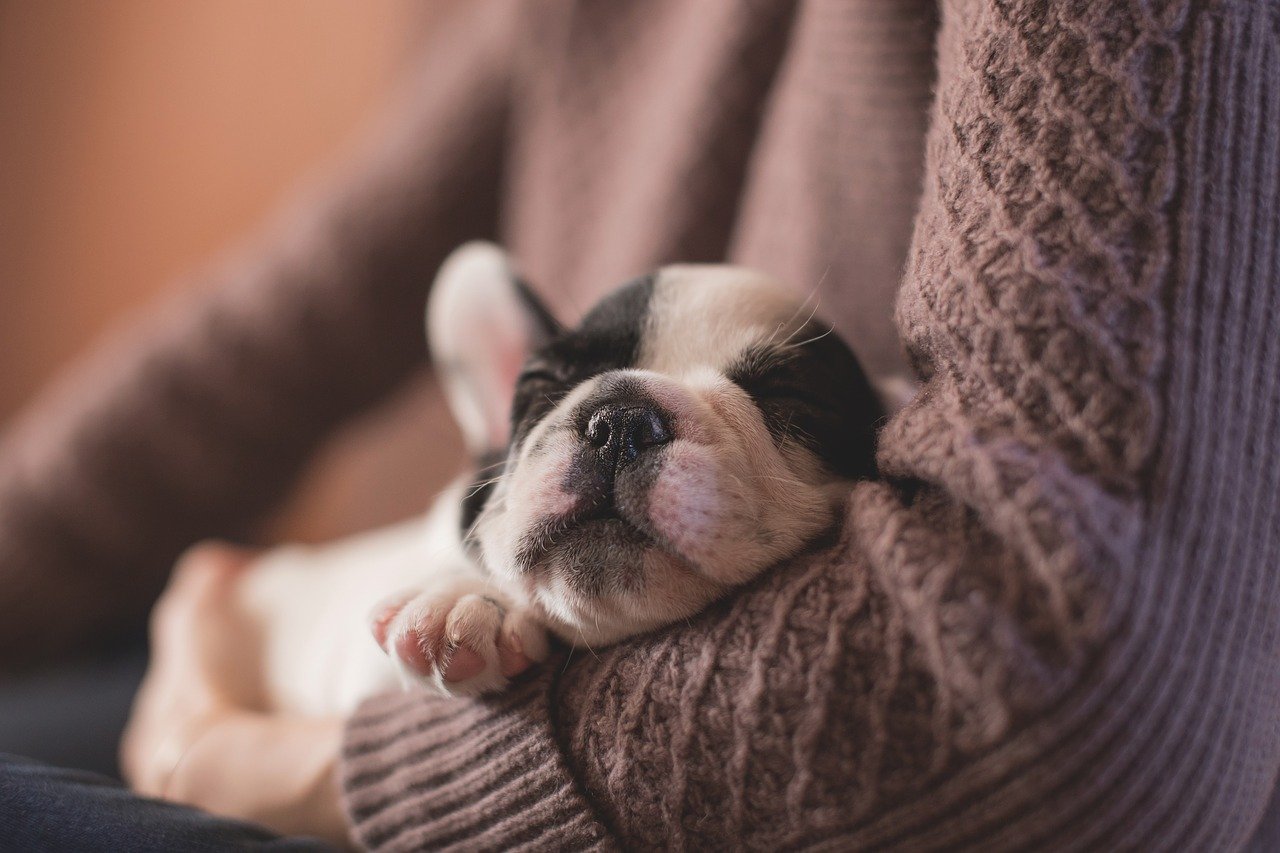 The world stops during heavy rainstorms in Nova Scotia, Canada. During this unwanted weather, all daily and routine operations in the province are expected to be suspended, because no one will be outside to do their daily routines. No one would dare.

The province and its residents have no choice but to press ‘pause’ on their usual activities, but not in Homeward Bound City Pound in Dartmouth, a pet shelter. Unlike grocery stores where staff members can leave their cash registers and carts for several weeks, staff members at this pet shelter cannot afford to leave the various animals under their care.

So, Shana Antle, one of the staff members of the pet shelter, chose to stay with the animals during the storm, especially with the 70-pound dog named Hawking.

With this, she dusted off their trusty inflatable bed, which is perfect for both of them, since Hawking doesn’t have a penchant for chewing bed. This air mattress has been a reliable partner of staff members at Homeward Bound City Pound during heavy storms because they are expected to spend overnights with the animals during these times. It’s part of their job to ensure that every single animal under their care can still receive their basic needs and protection even during heavy storms.

It appears that Hawking has a taste for movie marathons as he and Shana spent the night watching movies, a great way to divert their attention from the poundings of the storm outside. Their sleepover was posted through the shelter’s Facebook page and received positive comments, especially from dog lovers.

According to Shana, a single sleepover may not change the usual dingy image of animal shelters, but it’s a good start to promote why their shelter is different. The positive responses they received from the post, together with its multiple hundreds of ‘Shares,’ can help bring awareness about their animals who wait for adoption.

Going back to Hawking, it appears that he returned the favor of having a companion during the storm by NOT being a headache for Shana, her fellow staff members, and for all the animals on the shelter.