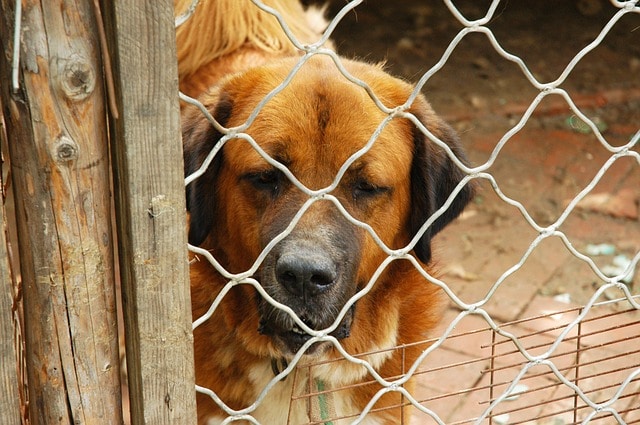 Right before he was sold for dog meat in China, this dog was rescued. Soon he was brought to Palm Beach County where he joined 3 dozen other dogs.

First the dogs were taken to The Loxahatchee Groves and then transferred to the Big Dog Ranch Rescue. There were golden retrievers and other dog breeds.

Lauree Simmons is founder of the rescue mission and feels something had to be done to help dogs from being sold as dog meat.

According to the Humane Society International, China kills millions of dogs annually. The dogs are butchered for meat to be eaten by people. Studies have also shown that the Chinese first torture the dogs. They believe by torturing the animals, the adrenaline makes the meat taste even better.

So far, the rescue has saved 37 dogs. Currently, they are working with dog breeders to stop producing meat for China. These dogs would have made their way to China and been served in restaurants there.

And Simmons says they aren’t stopping yet. She is already planning to go back to China to help save more dogs who were bred for their meat.

China has a very active dog meat industry, but Simmons is planning to save more of them and give them a second chance in life. These dogs deserve love and care. She will do her best to make sure that these animals get that.