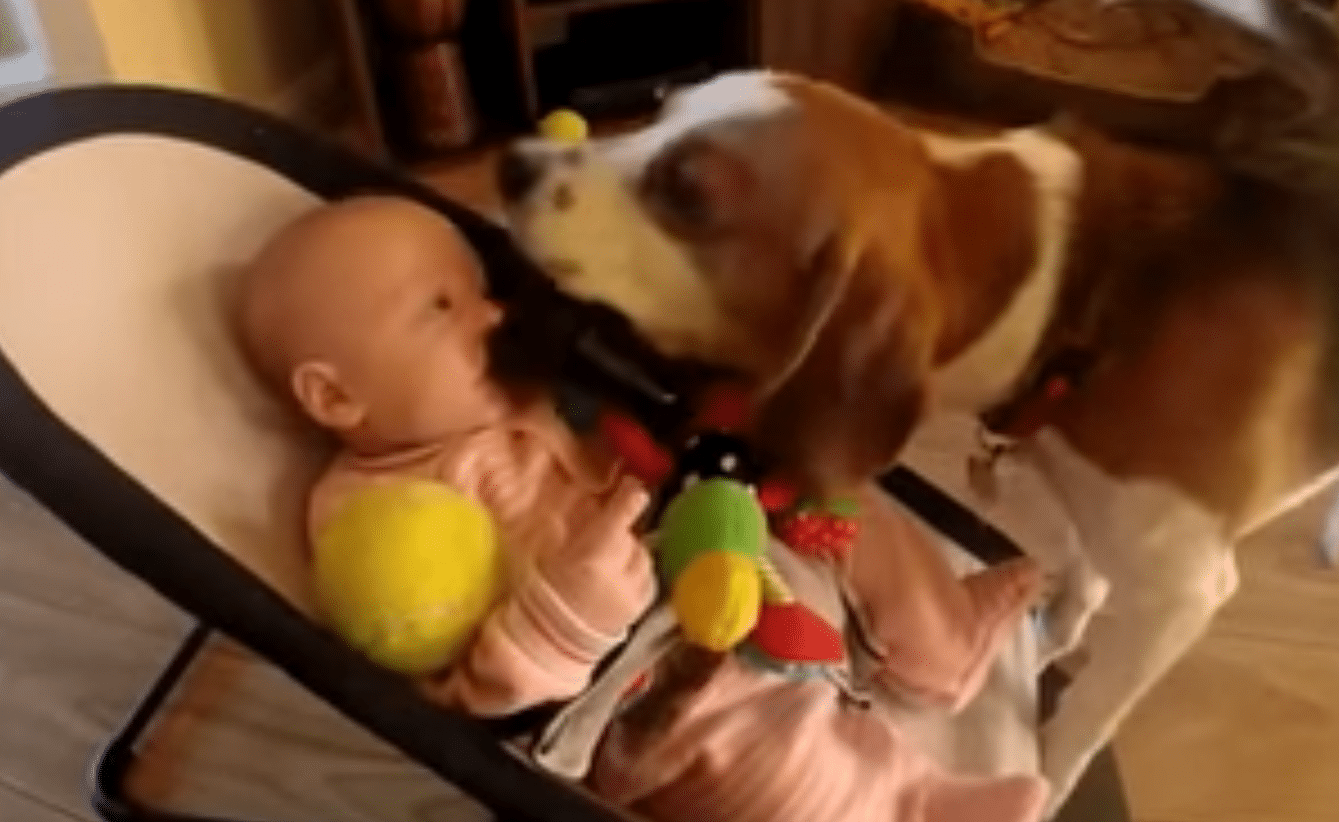 Dogs tend to have a liking for baby toys because they’re very similar to their own.

Charlie, a Beagle, couldn’t resist stealing Laura’s toy while she was playing with it, and she didn’t like it one bit.

The next thing you know, Laura was in tears as Charlie chewed away on her toy. However, Charlie would soon have a soft spot and felt guilty after a few seconds of joy. It was Laura’s playtime, after all!

What Charlie did next melted the hearts of millions of people who watched the video shown below.

Laura’s cries were probably the last thing Charlie wanted to hear, so he apologized to her in a truly heartfelt manner. He ended up stacking toys on top of her to make up for the toy he stole. As if toys weren’t enough, Charlie even gave her a Playstation controller that was lying around nearby.

This video of Charlie and Laura amassed over 24 million views as of writing. Charlie is truly a social media sensation with his sweet personality. Who wouldn’t fall head over paws with this pup as he interacts so lovingly with a baby?

Aside from knowing how to apologize to a baby, Charlie can also make her fall asleep with little effort. He uses his paws to rock sweet Laura’s cradle, and it’s the cutest thing ever. With this knowledge, Laura probably doesn’t need a baby sitter because Charlie could fit right in.

Charlie’s bond with Laura will blossom long into the future. Their special bond shows how much they love and care for each other!

Charlie also has a dedicated YouTube channel featuring his adorable adventures from his first car ride to being taught how to ride an elevator. The videos on his channel show just how smart and adorable he is!