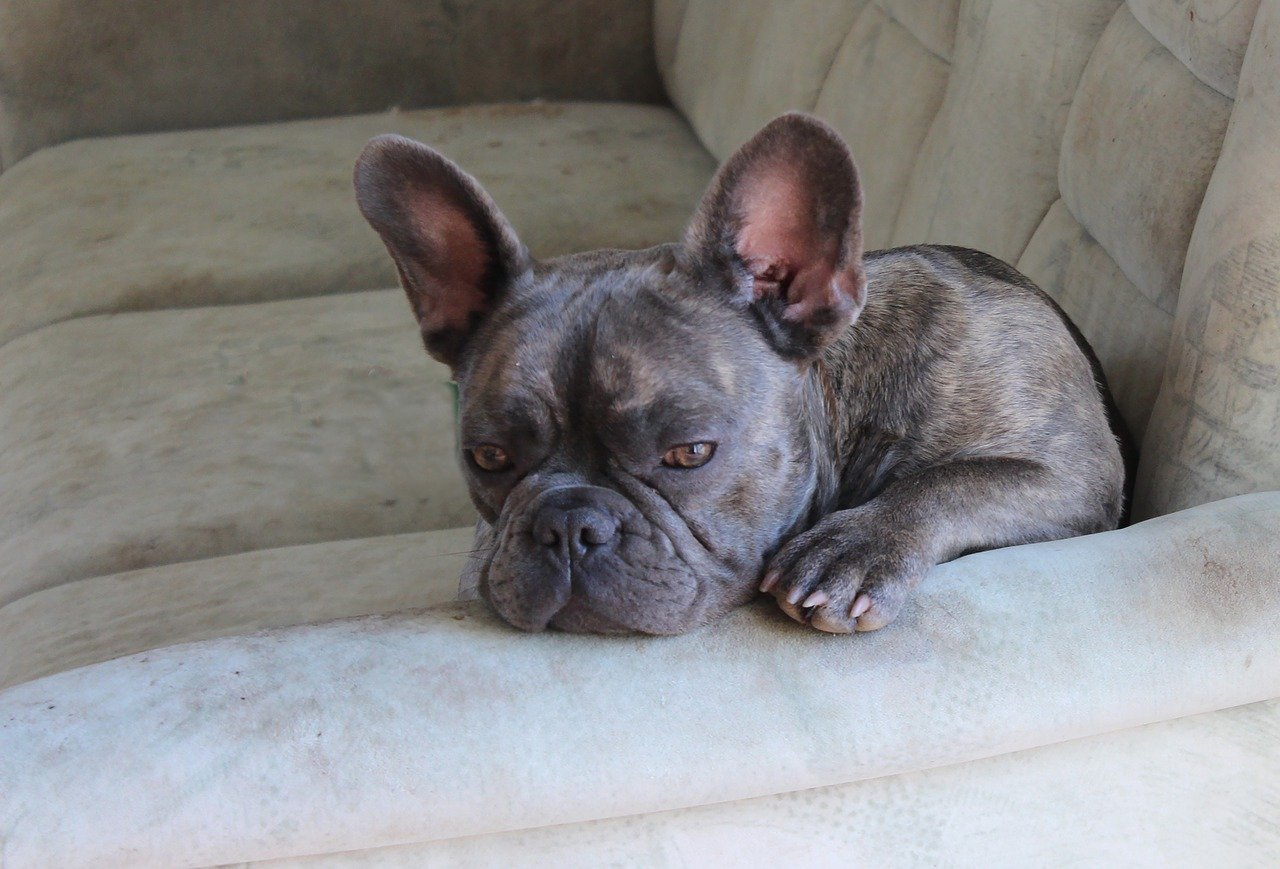 Bluenjy, the French bulldog, was already deaf when he was born. Despite his disability, Bluenjy does not seem to notice that he is any different from other dogs.

Bluenjy’s mom, Sunny Oshan, believes that her dog does not seem to know that he is deaf because he was born that way. Sunny said that this had not affected Bluenjy that much. However, Sunny thinks that the pup’s condition is part of the reason why he is using his paws and other senses more.

Since Bluenjy was a puppy, he has always loved to use his paw in grabbing things. He also uses them when holding and eating his snacks. Definitely, this is one of the cutest and most distinctive things about Bluenjy. According to Sunny, when Bluenjy was only a little pup, he just started to grab items from her hands while she was holding him.

Bluenjy loves both of his parents so much, and one of the things that he likes to do the most is snuggling in his dad’s lap and eating snacks with him. The duo looks so cute together. So, one day, Sunny and her husband decided to film their dog’s snack time and share it with the world.

There are lots of different kinds of snacks that Bluenjy and his dad love to eat together. In their social media posts, the two of them were seen indulging in their popsicles, sandwiches, veggies, and Bluenjy’s absolute favorite, watermelon.

As of this writing, Bluenjy’s Instagram account has already earned over 190,000 followers and counting. The duo’s fans could not seem to get enough of watching their adorable snack time. Understandably, it brings so much joy to see Bluenjy hold his food with his paw like a mini human. And, the couple is thrilled that their little dog could bring happiness and uplift people’s spirit during this trying time.