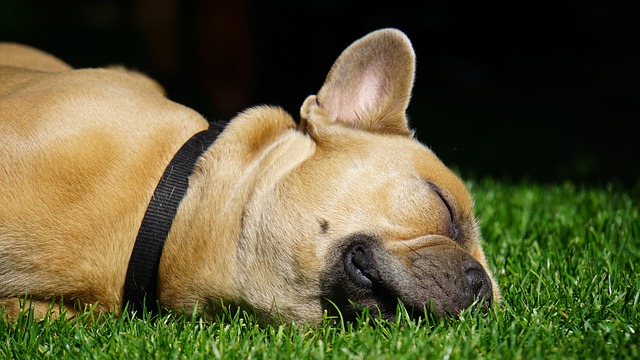 Dog ears are constantly telling us what they feel. They can be big, little, pointy, furry or floppy but we just need to pay attention to those amazing ears.

You know the look. Your dog has seen or heard something and is deciding what to do. His ears are pricked, body weight is rolled forward, his tail is lifted and his mouth is shut. Just by the angle of his ears, we can tell he is on alert.

A dog’s ears will lay in a neutral position when he is relaxed. Neutral means that the ears are not pricked forward, drooping down, or pasted to his head. According to the natural lay of the breed of the dog, the ears are just sitting easy.

If you make a funny sound your dog may prick his ears forward and also offer a head tilt. The mouth is usually open, indicating a happy demeanor. Your dog is giving his full attention

Dogs can drop/lower their ears when they are both happy and nervous. It’s important to consider the rest of the dog’s body language. The ears are “dropped” when the dog is offering pro social behavior, like this pup.

Observe a dog lovingly kissing a friend’s face. His body is likely wiggly and loose. This dog will use dropped ears to show he is harmless and happy to be social.

When a dog is using every square inch and muscle in his body to tell us he is nervous and fearful, his ears are included.

When you see a dog with ears pinned back extremely tight, s tail is between his legs, and his body is tight and tense, you are seeing a dog in the grips of fear. He will turn not just his head, but his shoulders and full body away from the greeter.

There you have it!

If you call your dog, and you feel he is ignoring you, look closely at his ears. This “selective hearing” may mean that he is actually being attentive to different sounds, on alert, or tuned in waiting or background sounds we are not even aware of. Perhaps, he’s not coming to you, because he is nervous that you are mad at him. Pay attention and learn what your dog’s ears are communicating to you.