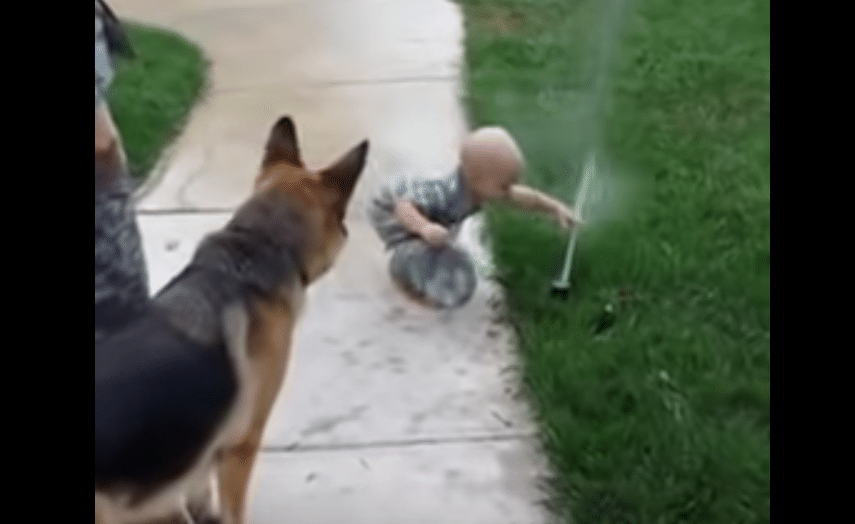 Isn’t it amazing when you see a super tough individual show his or her weaknesses? All creatures on earth have their own weaknesses, but dogs, on the other hand, stand out from the rest. Dogs are well known for being frightened of the silliest things.

They are terrified of fireworks, vacuum cleaners that are switched on, and apparently, water sprinklers. It’s hilarious for us, humans, but for them, this is no laughing matter. What makes this viral video a lot funnier is the fact that the dog that’s featured in it is a German shepherd.

Unless you’ve been living under a rock, you know how German shepherds are perceived. They are the toughest and the most fearless dogs out there. That is why they are called upon to serve as police dogs and military dogs. However, despite the fact that they can fight bad guys for you, they are powerless against a sprinkler.

But it doesn’t take much for them to realize that these sprinklers are totally harmless. They are scared of it because it’s unusual for them. But they are smart enough to quickly learn whether or not something is dangerous. In the video below, a baby was all it took for this German shepherd to realize his silly fear. 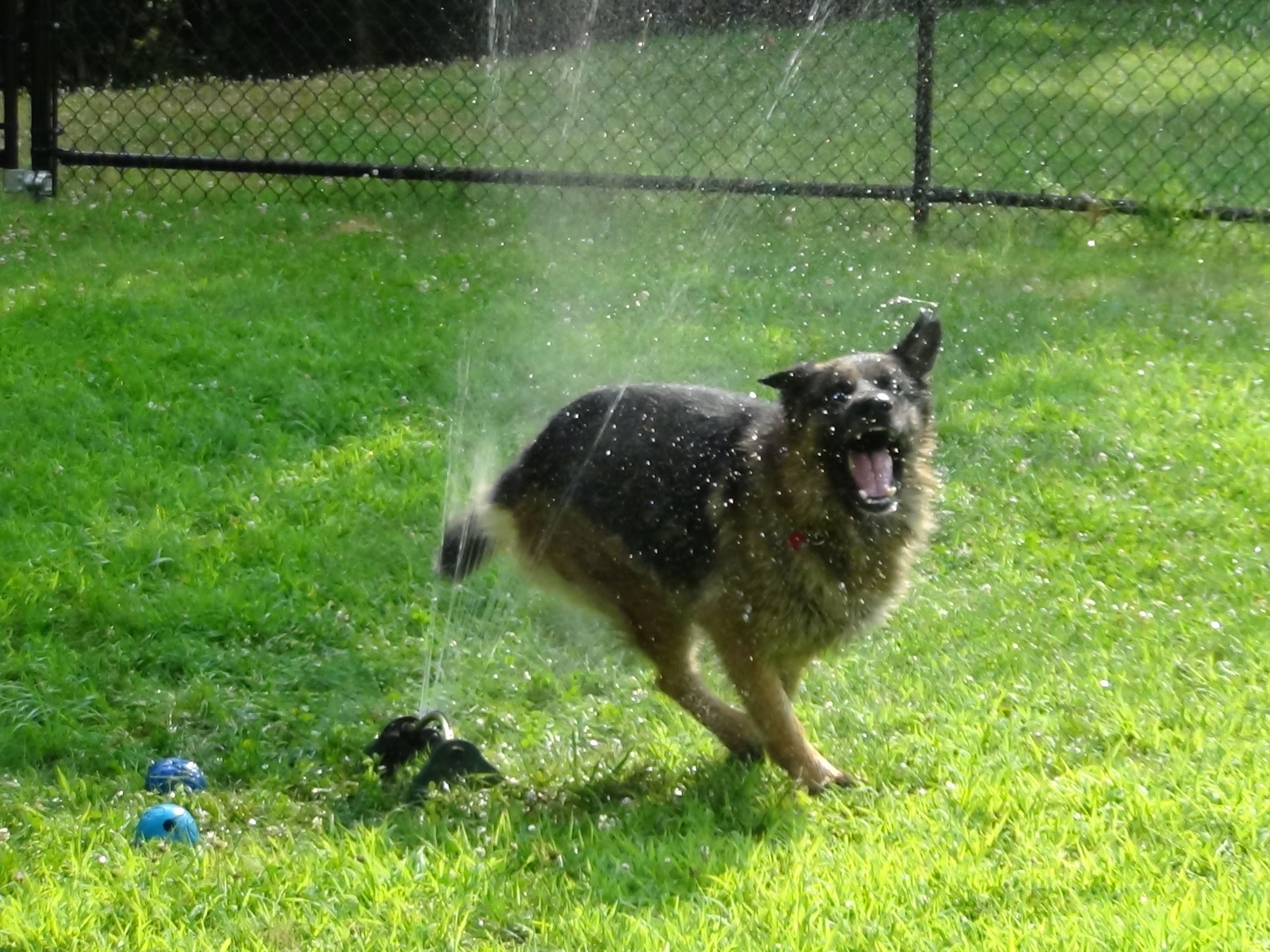 They were out on the front lawn, and the sprinklers have come on. The German shepherd was clearly frightened by the contraption and was keeping a safe distance from it. The baby, on the other hand, kept on giggling and touched the water. This piqued the pup’s curiosity as the baby seemed unharmed.

So, he himself tried it out. He gave the water stream quick bites, and when he realized that it was harmless, he went to town with. He kept on playing with the water and even shoved his mouth on the sprinkler. A whole new world opened up for him, and he also played with another sprinkler, and he came out unscathed. Look out world; this sprinkler-playing dog is about to conquer you. See the hilarious video below.