A dog called Roxy helped to save his owner, Adam Bavario, after he suffered a deadly ‘Window-Maker’ heart attack. If it wasn’t for his dog and the doctors, he couldn’t be alive today. 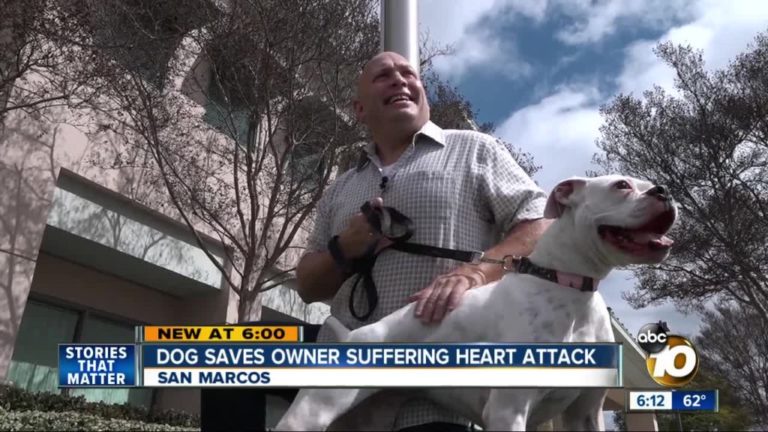 Adam worked as a police officer for 27 years and also as a part-time medic in Los Angeles. His work was stressful and demanding, thus draining him physically and mentally.

Regardless, he loved his career and the role he played in enriching people’s lives.

When he was 30 years, Adam felt a sharp pain in his chest and went for a medical checkup. He underwent several tests, but there were not conclusive enough to give a diagnosis. The lack of a precise diagnosis stressed him.

The day of the heart attack

When Adam reached 46 years, he suffered a heart attack known as the ‘Widow Maker’ which has a history of adverse repercussions and high mortality rates

One of Adam’s arteries had a clog that could be catastrophic if not dealt with immediately as the survivor chances were slim.

He was aware that it was a heart attack coming and tried to get to his phone, but the pain caused him to lose consciousness.

His dog, Roxy, slept in another room, and Adam thought that Roxy hadn’t noticed his plight. However, the dog felt that Adam was in danger and came to him.

When she saw Adam lying down, she pushed and licked him repeatedly until he woke up and gained a little strength to call for help.

Roxy’s efforts saved Adam’s life. Her ability to detect that Adam was at risk was exceptional.

Even though Roxy was deaf, he still noticed that Adam was in distress because of their strong connection.

Adam appreciates what Roxy and the medical team did to save his life. Now, he teaches people about the value of regular cardiac check-ups to detect any underlying dangers. Early detection of potential cardiac conditions can help to prevent fatal heart-attacks.